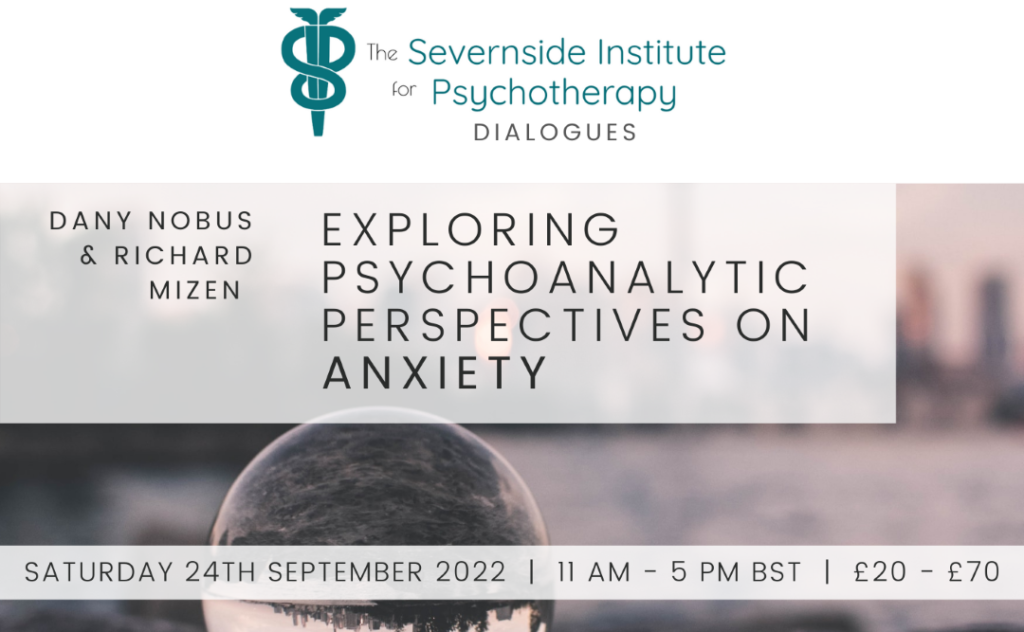 The idea of Dialogues has emerged over the years through debates within our organisation, as well as a response to the historical moment we live in where polarisation leads to constant conflict and breakdown, and is rooted in a tension against fundamentalism and the tyranny (or, as Freud said ‘the narcissism’) of small differences. We hope to create an exchange, a back-and-forth, a mutual understanding and even some common grounds, in a safe space where questions can be asked and differences acknowledged without anyone feeling threatened.

The Dialogue:
Anxiety is a commonly diagnosed problem today and is often paired with depression. But what is anxiety, how is it experienced and how is it treated? How, if at all. does it differ from fear, terror, worry, panic or phobia?

This Dialogue will explore psychoanalytic ideas about the origins and nature of anxiety from the perspectives of differing psychoanalytic traditions. Our guest speakers, Dany Nobus and Richard Mizen, will each give a presentation before entering into a dialogue after which members of the audience will be invited to take part in the discussion.

Richard Mizen has been a psychotherapist for over 40 years and an analyst for nearly 35, having trained with the SAP. Originally working as a social worker and then a social work manager in the fields of adult mental health, child protection and forensic mental health, Richard has also worked in the public sector/NHS as a psychotherapist, supervisor and consultant as well as in private practice as an analyst and supervisor, for the last 18 years at Exeter.