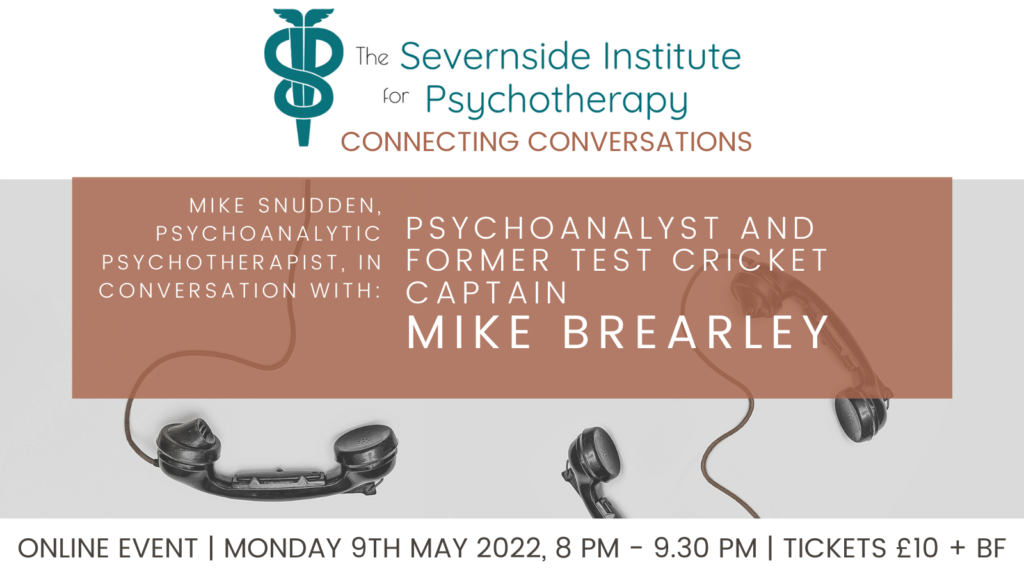 Former England Test cricket captain, Mike Brearley, has had an illustrious career, including captaining England to victory over Australia in the Ashes, and can perhaps be considered one of England’s greatest ever test cricket captains.

Alongside his professional cricket career, Mike has long been working as a psychoanalyst, having also served as president of the British Psychoanalytical Society.

This conversation between Mike Brearley, and psychoanalytic psychotherapist & SIP member, Mike Snudden, will be fielding topics such as sport and psychoanalysis, but no question from the online audience will be too broad.

Profit from the evening will go towards the fundraising effort of our ‘A Home for SIP’ campaign.

About Mike Brearley
“I have been fortunate to have two if not four careers in my already long life. Cricket and psychoanalysis the two, philosophy and writing the others.

For years I oscillated between cricket and more obviously intellectual activities. I played cricket at University and briefly professionally, before doing post-graduate work in philosophy of the mind, and later teaching at the University of Newcastle-on-Tyne. Returning to full-time cricket, I captained Middlesex for 12 years and England over a period of four years from 1971 to 1982.

Having worked at a clinic for disturbed adolescents in Hendon, I trained as a psychoanalyst. I have worked now for half my life in this field, mainly in private practice, but also as a school counsellor, and at the Camden Psychotherapy Unit. I have written and lectured in this field, as well as on groups, leadership and sport. I was President of MCC in 2007-8, and of the British Psychoanalytical Society from 2008 and 2010.

I have written The Art of Captaincy (1985), On Form (2017) On Cricket (2018) and The Spirit of Cricket (2020). I am currently writing a sort of memoir of the mind, to be called Turning over the Pebbles. I hope this will come out towards the end of the year. In all of these recent and future efforts I have been trying to integrate activities that often seem diverse.”