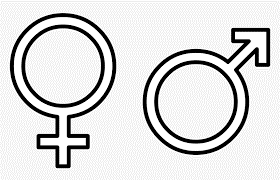 Between 2009 and 2019 the referral rate to the Tavistock Gender Identity Development Service (GIDS) increased from about 90 to about 2700 per year. In 2018, in my role as Clinical and Academic Staff representative on the Council of Governors, I was approached by large number of GIDS staff who raised very serious ethical concerns – about the poor quality of the assessment procedures, the lack of attention to consent and the atmosphere of intimidation directed to any staff who expressed these concerns.

This was the beginning of my involvement. In 2018, I wrote a highly critical report and this was part of a chain of circumstances involving various other colleagues and organisations, which led to the increasing negative publicity surrounding GIDS and also to the Judicial Review.

In this talk I will discuss the concerns raised with me (which turned out to be the same as those raised in many other countries). I will also offer some suggestions as to what may underlie the massive increase in number of children and young people seeking transition. Lastly, I will discuss what I think of as a peculiar state of thinking, or rather non-thinking, that has come to dominate discussions of gender identity disorders. If time permits I will also discuss the serious threat to our profession of the government’s Conversion Therapies Bill.

Dr David Bell is retired in January 2021 from the Tavistock, where he led the Fitzjohn’s Unit, a service for the most complex and severe adult cases referred to the Trust. He is a past President of the British Psychoanalytical Society.

He lectures and publishes on a wide range of subjects including the work of Freud, Klein and Bion, and the understanding of severe psychological disorder. For his entire professional career he has deeply involved himself in interdisciplinary studies – the relation between psychoanalysis and literature, philosophy and socio-political theory, and has lectured and written extensively in those areas.

He served two terms as Academic Staff Representative on the Tavistock Council of Governors.

Books include: Reason and Passion, Psychoanalysis and Culture: a Kleinian Perspective, Living on the Border, Turning the Tide (on the work of the Fitzjohn’s Unit) and one small book, Paranoia. During his professorial fellowship at Birkbeck College (2012–13) he focused on different forms of degradation of knowledge and thinking.

He is one of the UK’s leading psychiatric experts in asylum and immigration.

Over the last three years David has been deeply involved in thinking about the current debate over gender dysphoria in children and adolescents, trying to maintain a thoughtful and psychoanalytic perspective in a highly toxic and politicised climate. As a result he is invited to lecture on this subject at conferences both nationally and internationally.

This lecture is open to all BPC registrants. A Zoom link will be sent closer to the date.