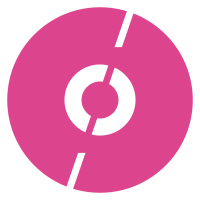 FEAR AND LOATHING IN THE TIME OF COVID: FAMILY, RELATIONSHIPS AND SOCIETY.

The impact on family and relationships from the pandemic has been huge. Families have experienced losses and separations and parents and children have had to make huge adjustments in their lives. Many families also face poverty and uncertain futures. There has been an upsurge in family violence and work has become both precarious and stressful.

Yet, the pandemic has also provided a moment for people to rethink priorities and to live differently – with an upsurge in movements that challenge the prejudices and injustices that have been previously ignored. This conference will examine the impacts both positive and negative on our relationships and debate whether we are at a turning point in our values – moving from materialism to a more relational society.

These groups offer an opportunity to think about the impact of COVID on yourself and your practice and to develop the thinking and ideas expressed in the plenary sessions. Each group will be facilitated by a senior BPC Registrant.

Susanna Abse is a psychoanalytic psychotherapist who has worked in private practice with couples, individuals and parents since 1991. She is the current chair of the British Psychoanalytic Council and was CEO of the charity Tavistock Relationships from 2006 until 2016. She also works as an Executive Coach and Organisational Consultant. She is currently preparing a book for Ebury with the working title of ‘O Tell Me The Truth about Love.’

As a result of the COVID pandemic, a substantial change has occurred in how most human beings live their lives. All psychostructural assumptions based upon there being an ‘average expectable environment’ have come into question. This is true both of internalized human relationships and the externally holding non-human environment. My focus in this talk shall be on the latter. I will point out that the ‘envelope’ of such sustaining measures has been perforated by the virus. Time has expanded, space has shrunk, things have changed functions, money has simultaneously become more and less important, animals seem immune from this widespread disease and have thus lost kinship with us, and religious belief also has been under strain. All this has resulted in a destabilization of human psyche,  which can mobilize deeply buried and hitherto mastered annihilation anxieties or become the source of a salutary ‘new beginning’.

Salman Akhtar, MD, is Professor of Psychiatry at Jefferson Medical College and a Training and Supervising Analyst at the Psychoanalytic Center of Philadelphia. Professor Akhtar is the recipient of numerous awards including the highly prestigious Sigourney Award (2012) for distinguished contributions to psychoanalysis. He has delivered many prestigious invited lectures including a Keynote Address at the 43rd IPA Congress in Rio de Janiero, Brazil (2005), the Plenary Address at the 150th Freud Birthday Celebration sponsored by the Dutch Psychoanalytic Society and the Embassy of Austria in Leiden, Holland (2006), the Inaugural Address at the first IPA-Asia Congress in Beijing, China (2010), and the Plenary Address at the Fall Meetings of the American Psychoanalytic Association in 2017. Professor Akhtar has served on the editorial boards of the International Journal of Psychoanalysis, the Journal of the American Psychoanalytic Association, and the Psychoanalytic Quarterly. He has more than 400 publications include 99 books, of which most recently he was sole author of: Comprehensive Dictionary of Psychoanalysis (2009), A Web of Sorrow (2017), Mind, Culture, and Global Unrest (2018), and Silent Virtues (2019). He has also published 11 collections of poetry and serves as a Scholar-in-Residence at the Inter-Act Theatre Company in Philadelphia.

She is the author of many books. Her most recent In Therapy: The Unfolding Story is an expanded edition of In Therapy (an annotated version of the BBC series listened to live by 2 million people). Her first book Fat is a Feminist Issue has been continuously in print since 1978. Bodies (which won the APA Women’s Prize in 2009) was updated in 2019.

She was recently the recipient of the first Lifetime Achievement Award given by the British Psychoanalytical Council. She is a Fellow of the Royal Society of Literature.