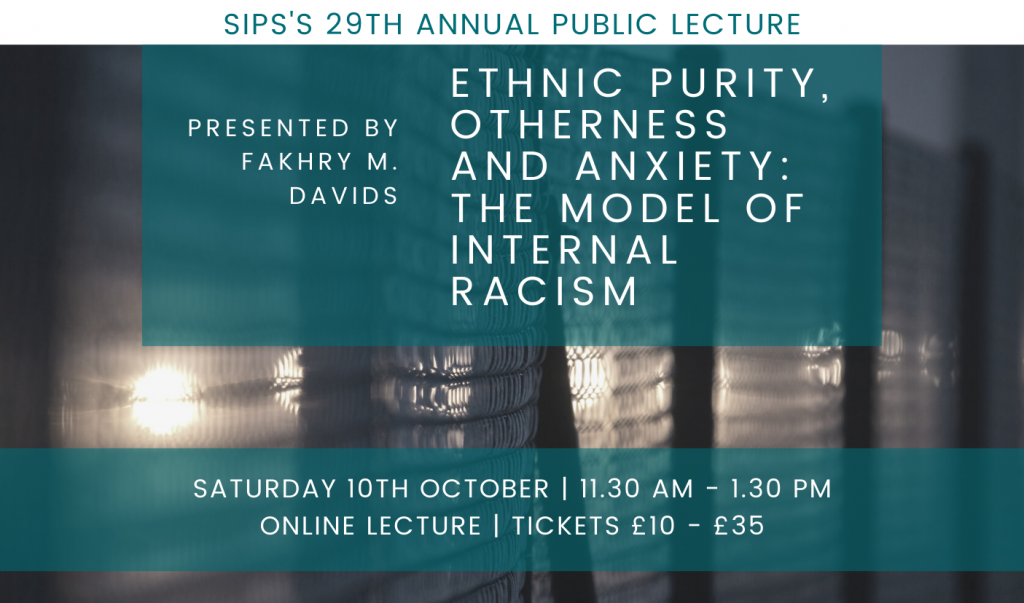 Rising numbers of refugees from the Middle East and Africa and the growing threat of extremist violence have fuelled the rise of racist sentiment, epitomised by right wing political groupings, across Europe.

This lecture suggests that their grip on the mind stems from a universal, internal racist structure in the mind, which it describes in detail. A consequence of the deployment of this system is a paralysis of functioning in the consulting room, and it is argued that working on this, as part of the analyst’s on-going self analysis, presents a way forward for analysts.

Fakhry Davids is a psychoanalyst practising full-time in London. He is a Fellow and Training Analyst of the British Psychoanalytical Society, Honorary Senior Lecturer, Psychoanalysis Unit, University College London, and Visiting Lecturer, Tavistock Clinic, London. He is a Founding Board Member of Partners in Confronting Collective Atrocities. His book, Internal Racism: A Psychoanalytic Approach to Race and Difference, was published by Palgrave Macmillan in 2011.