CPU’s ‘Reversing Perspectives: Stepping Into The Shoes Of The Other’ 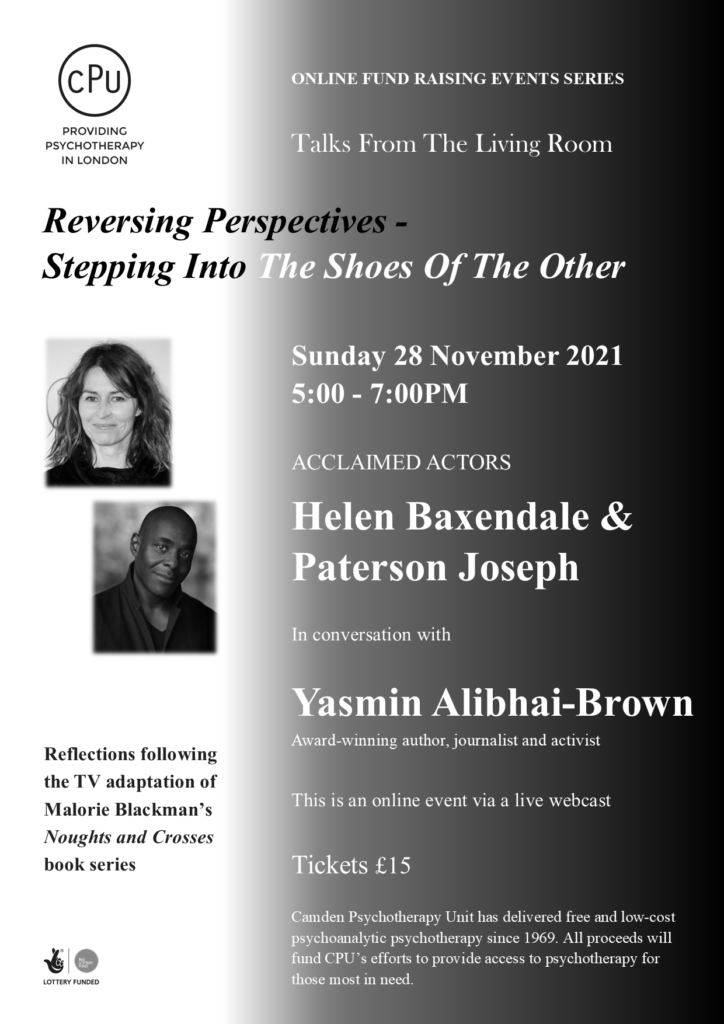 REVERSING PERSPECTIVES – STEPPING INTO THE SHOES OF THE OTHER

Helen Baxendale is an award-winning English actress of stage and television and producer, known for her roles as Rachel Bradley in the British comedy-drama Cold Feet, and Emily Waltham in the American sitcom Friends and is currently starring as Meggie McGregor in Noughts + Crosses.

Paterson Joseph is one of the UK’s most acclaimed and respected theater and TV actors, as well as author of the ‘illuminating and original’ The Secret Diaries of Charles Ignatius Sancho . He is currently starring as Kamal Hadley in Noughts + Crosses.

Yasmin Alibhai-Brown is a Ugandan-born British journalist and author, who describes herself as “a leftie liberal, anti-racist, feminist, Muslim…person”. A regular columnist for the i and the London Evening Standard, she is a well-known commentator on immigration, diversity, and multiculturalism issues.

CPU’s online event series is meant to make for an intimate setting in which our chosen conversationalists and you find yourself in a kind of virtual living room together. Free flowing conversations on a wide range of subjects will make for some two hours shared together in warmth and light-heartedness on no less serious and thought-provoking topics and their reflections. So come, maybe with a cup of steaming tea in hand, lean back in your chair and enjoy.

Camden Psychotherapy Unit has delivered free and low-cost psychoanalytic psychotherapy since 1969. All proceeds will fund CPU’s efforts to provide access to psychotherapy for those most in need.